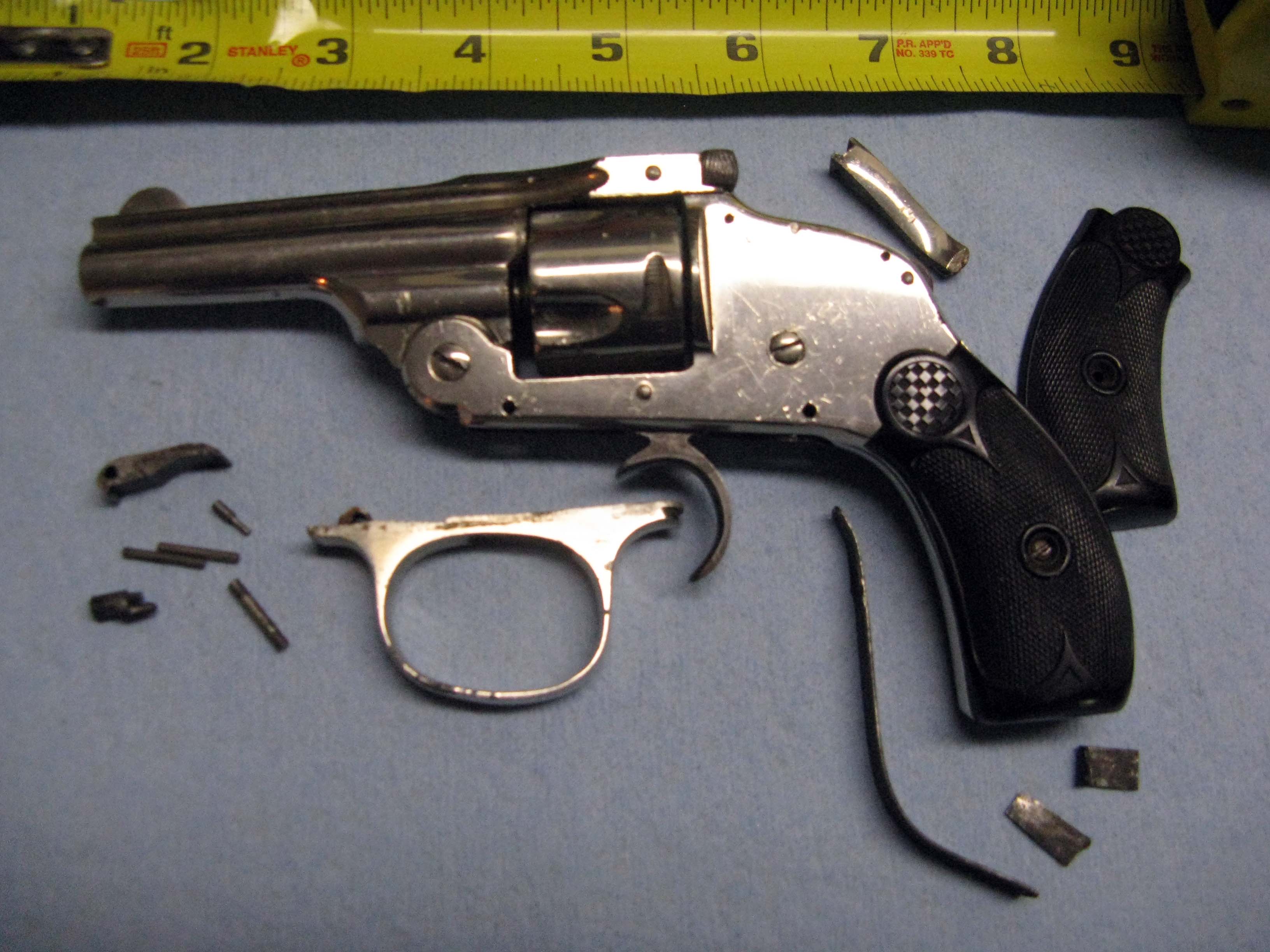 We invite callers to ask questions, and to open discussions on firearms that they have, they want, that have history to them within thier lives and families.

Todays discussion is this Hopkins and Allen hammerless revolver.   In our history section on this SHOW LINK we introduced you to Ethan Allen,  Allen and Thurber, Hopkins and Allen, Allen and Co and finally Forehand and Wadsworth.

This gun is a 38, in 38 S&W Caliber, 5 shot.   This is by Hopkins and Allen  during the companies second re-generation.

The spring behind the butt of the gun should be a single piece and not the two pieces shown here, and should fit in front of the trigger guard and hook to the trigger.  Unfortunatly – it cannot do that job any more.   The left most lower part in the picture is not recongnizable as a part of this gun – unless its part of the cylinder stop.  Anyones guess based on the photo and clarity.

The 38’s were 5 shot, the 32’s were 6 shot – all dependant upon realestate in the cylinder dimeter.   While this gun was marked Hopkins and Allen, later models of this same design were marked Forehand and Wadsworth -keeping the design alive and producing for years.

Allen – in all its corporate configurations made both break action – auto ejector guns and solid frame guns.  They offered hammered and hammerless ( this was a hammerless).  These guns sold cheap, as their quality was all over the place.