PHOENIX, Arizona — On September 21, 2019, Amanda Suffecool was honored with the 2019 Defender of Liberty award from the Second Amendment Foundation (SAF). Suffecool was one of several award recipients recognized during the 34th Annual Gun Rights Policy Conference (GRPC).  Locally Suffecool is the Chairman of the Portage County Republican Party, the Director of the not for profit group REALIZE firearms awareness coalition and the host of the nationally syndicated radio show Eye On The Target Radio  (www.EyeOnTheTargetRadio.com)

Alan Gottlieb, President of the Second Amendment Foundation, began the award segment by saying that it is his favorite part of GRPC. He recognized the recipients by saying that they “have done an awful lot of work… defending Second Amendment rights.” Gottlieb continued, “I want to thank all of you for your excellent efforts this year… in defense of our liberty. Thank you very much.”

Suffecool later addressed the crowd, which included more than 1,000 attendees in person and more than 3,000 viewers participating in the live stream online. She discussed how gun rights are women’s rights, and focused on supporting women as they expand their reach within in the primarily male dominated field of firearms.   Quoting the anonymous Strong Women, May we know them, May we be them, May we raise them and adding the word up.   May we raise them up.   Her speech centered around creating a support structure that is so critical in grass roots organizations. 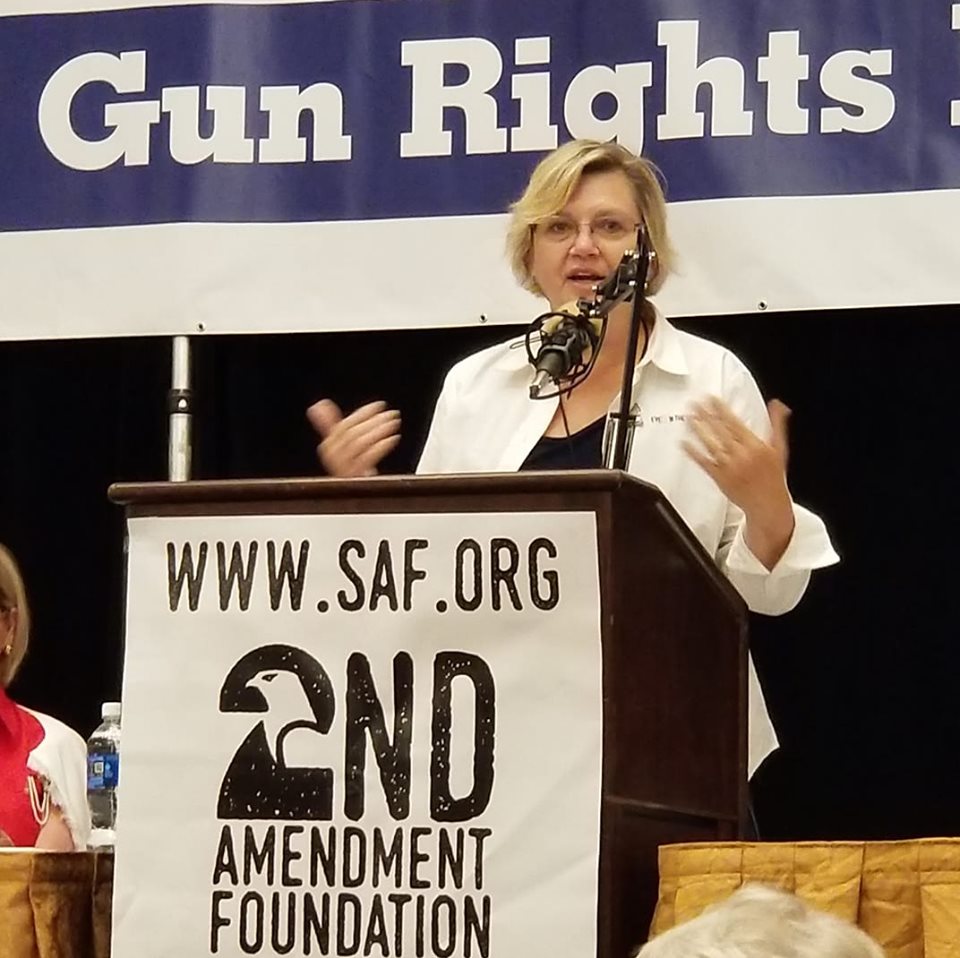